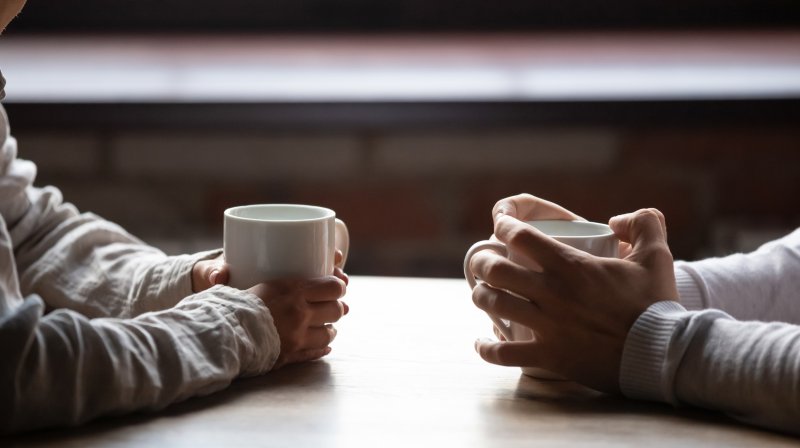 Man and woman sit together with beverages.

Luscombe is an editor-at-large at TIME and the author of Marriageology: The Art and Science of Staying Together .

Have you recently noticed how loud your partner chews? That her placement of items in the fridge is illogical? That his consumption of toilet paper/soap/the good snacks is remarkably high? That parenting is not one of his or her core strengths? If so, you might be married during a pandemic.

“ Anxiety is rampant and people are potentially taking some of that anxiety out on each other,” says Julie Schwartz Gottman, who cofounded the marital-counseling behemoth Gottman Institute and wrote several bestselling books with her husband John. “So the relationships that are perhaps a bit unsteady, uncomfortable, perhaps have some tension and don’t have ways of dealing with stress together, can spiral downwards.”

In fact, after COVID-19 cases began to subside in China and people were able to go out again, there was a reported surge in divorce filings. Even now, domestic violence appears to be on the rise And on March 18, family lawyer and British MP Baroness Fiona Shackleton warned Parliament that families could begin to disintegrate during the crisis.

The stresses of having children away from school —but not from school responsibilities —and the financial tension caused by households suddenly losing some of their income can push couples over the brink. Added to all that is the fear of members of the family falling ill, disagreements about what constitutes social isolation and uncertainty about how long this strange new routine will last. As one word nerd put it, you can’t spell divorce without c-o-v-i-d.

Even couples who were perfectly fine before the coronavirus and might be perfectly fine after it could probably use some help over the next few months. How do you survive these unprecedented circumstances? TIME talked with three pairs of marriage therapists who are also married to each other and thus work and live side by side about staying together when you’re never apart.

Here are 11 top tips from the experts:

Cool it with the criticism. Now is not the time to be pointing out mistakes. The time to be pointing out mistakes is almost never, but mid-crisis is egregious. Especially when it comes to money, says Ashley Willis, a marriage and family coach who hosts the “ Naked Marriage” podcast with her husband Dave. “It’s so easy to point fingers and say, ‘I told you you shouldn’t have taken that job.’” Instead, now is the time for appreciation. “It’s really important for people to look for what partners are doing right and to express appreciation for it,” says Julie Gottman, adding that some of it can be subtle. “Thank them for making coffee, even if it’s for the 500th time.” Helen LaKelly Hunt, who with her husband Harville Hendrix created the Imago method of marriage therapy and wrote Getting the Love You Want recommends telling your spouse three things you appreciated about them that day before you go to sleep at night. Even if you can’t manage that, listing their failings is just poor boudoir strategy. “If you want to be close, you can’t be critical,” says Harville.

Keep up to date with our daily coronavirus newsletter by clicking here .

Be more curious than furious. With all the new responsibilities brought on by the coronavirus, it may feel like your spouse is not doing enough or has committed an act of personal treason, but it’s more likely that they’re just distracted, hungry or have motivations that are invisible to you. “High stress always brings out people’s relational coping skills, or lack of them,” says Helen. “Stress also triggers memories from the past, and we tend to respond to the present as we did in the past.” In any case, just asking your partner a question and actually listening to the answer before pulling the ripcord on an argument can have a positive effect, by giving us a moment to pause and engage our more sophisticated cognitive functions. “Talking is the most dangerous thing people do, especially when they are stressed,” says Harville, “and listening is the most infrequent thing people do, especially when they are stressed.”

Let them feel bad—or O.K.—about the current crisis. Spouses aren’t necessarily going to see eye to eye about how bad things are going to get. That doesn’t mean they’re wrong. When you disagree with your partner’s approach to the pandemic, do your best to figure out what it is he or she is really thinking about instead of dismissing it. “They are going through the virus information in a different way,” says Julie Gottman. “Have some empathy, which means do your best to guess and name what emotion you hear your partner is expressing.” The Gottmans, and many other therapists, endorse active listening—that is, hearing what a person says and trying to say it back in your own words. “If you can’t figure it out, just say, ‘You sound really upset or you sound stressed,’” says Julie. “Those cover everything.” The Hunt-Hendrixes call these “safe conversations.” Says Helen, “They must be two way.”

Buy some time, or trade for it. If possible, build some time alone into the schedule even if it’s only for half an hour a day. This may require bartering with your spouse for some time away from the kids or chores for each of you. “It’s hard to have solitude,” says Ashley Willis. “I have to be my own advocate. I need some time.” Try to find a way to be apart for some of the day, if it’s at all feasible. And no, escaping into screens side by side doesn’t count. You need to not be able to see each other or hear each other. 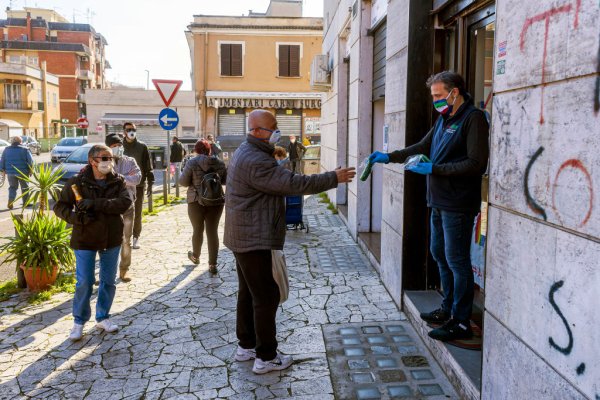 Do what your ancestors did. Intimacy, as the Willises politely call it, is also key. Too much togetherness and stress can have an unsexy effect on partners who live together, but getting it on can also be a stress-reliever as well as a nice break from Netflix. “You still need intimacy,” says Dave Willis. “If the pioneers figured it out and they were in one room, so can you.”

Plan out your days, but not too tightly. John Gottman has a history of asthma and pneumonia so he’s not leaving the couple’s home on Orcas Island, in Washington, until the coronavirus threat subsides. Julie does all the shopping. They recommend making a calendar on Sunday mornings and marking it with all the points where each spouse has no flexibility and building from there. Ashley and Dave Willis have four sons between the ages of 5 and 15, who are currently home from school in Texas. “The homeschooling hit people hard,” Ashley says. “It adds a whole new level of intensity.” She was a teacher, so she’s in charge of education, but she calls on Dave to pick up things he wasn’t doing before. “It’s triage mode,” says Dave. “What jobs need my attention at the moment? We’re all doing jobs we don’t normally do.” Any older kids can be given more responsibility; even the quite young will rise to the challenge.

Make an appointment for your fights. If a seemingly insignificant spat is suddenly getting out of hand, the Gottmans recommend postponing it for at least half an hour but not for longer than 24 hours. “One person calls a time-out and says a time when they will come back and continue the conversation,” says Julie. They then get out of each other’s way and do something that calms them—“anything that brings down the sense they are being attacked, which we call flooding.” At the appointed time they continue the discussion. Under the Gottmans’ “conflict blueprint,” as they call it, spouses can work on a resolution only after they can state each other’s point of view to the satisfaction of the other person. “Ninety-five percent of it is about understanding your partners’ point of view,” says John. The Gottmans plan to make some of their exercises available as an app soon.

Take your arguments elsewhere. Your kids don’t want to see you fight. The Willises go for a drive or a walk, sometimes giving their kids a list of things to photograph to keep them occupied. “Our best conversations are when we’re walking,” says Ashley. “Sometimes on a walk people will open up more because they’re side by side.” The Gottmans used to sit on the floor in the bathroom where their daughter couldn’t hear their arguments.

Respect the now invisible boundaries. Even though he or she might not look busy, your partner is not just an empty whiteboard waiting for your thoughts and needs. “The way I like to put it is, when I want to talk to Helen, I open the door to her movie theater, where she’s watching her movie, and I’m going to run my movie on her screen,” says Harville. “It’s an intrusion.” He suggests asking first if it’s a good time. “She can say, ‘Well, actually it’s not a good time right now, but I could in 10 minutes.’ So she establishes a workable boundary.” When you’re around each other all day, not intruding on each other’s time and thoughts becomes even more important.

Ask for what you want, really. Your partner is probably a wonderful person but almost definitely garbage at mind-reading. You need to explain your needs, and you need to be specific. “I would love it if you could plan dinner every second night” is vastly preferable to “You have to help around the house more,” for many reasons, just as “Could you rub the left side of my back?” is superior to “Could you make me feel better?” Helen notes this is much easier said than done. “We’ve worked with so many couples, and when you ask them what it is they want, they don’t know,” she says. “Men don’t know what they want; they’re raised to suppress their feelings. And women are so used to caring for everybody else, they don’t know what they want either. But if you don’t ask for what you want, you’re not going to get it.” So much is going on, and the situation is changing so rapidly that nobody is going to notice everything that every person needs or desires. So ask. Nicely.

If all else fails, try comedy. Being able to laugh at the situation or yourself (not your spouse ) is a big stress reliever .